View all properties
in this area

Please feel free to contact us should you have any questions, queries or suggestions, and we would be happy to help 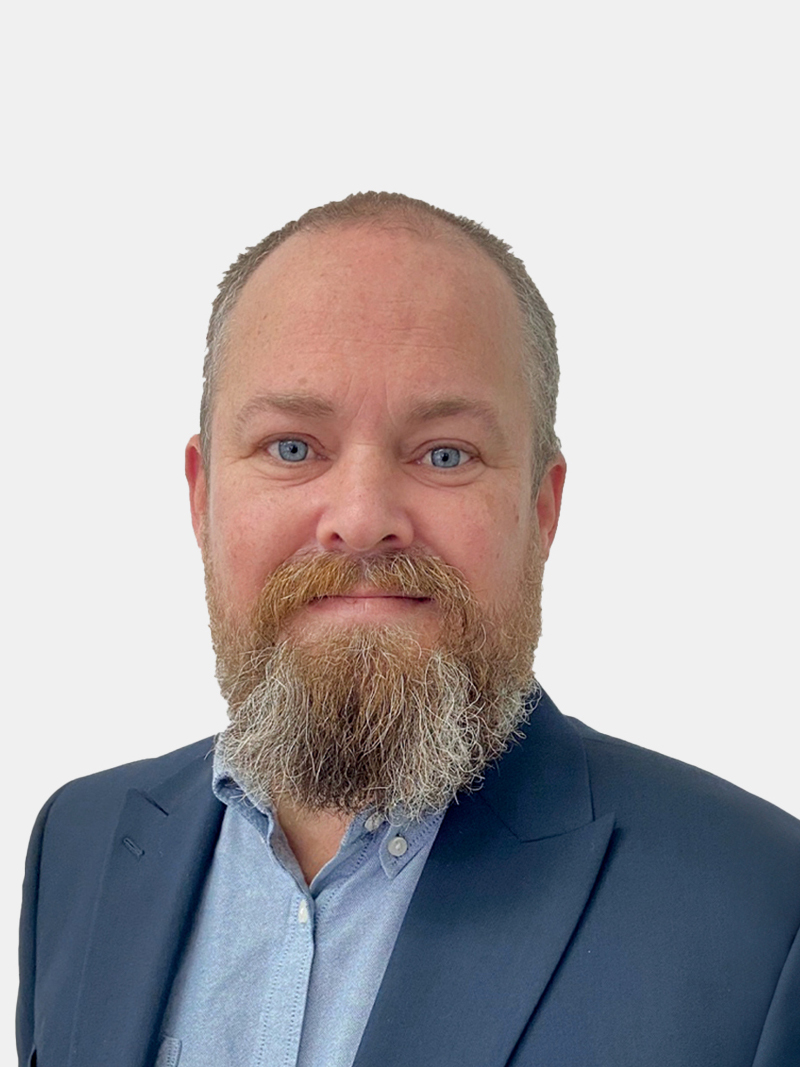 My estate agency career spans two decades and I currently look after Camborne, Redruth, Helston, Hayle, St Ives and Penzance in the very heart of the Duchy. I previously worked for a large corporate Estate Agency and joined Millerson to put people – staff and customers alike – ahead of profit! Building on the Company traditions and proud heritage of such a history is a delight and I constantly strive for innovative ways to enhance the customer and staff experience. Away from the branches I am a crew member of the St Ives Lifeboat and when not helping others in difficulty I love to be in the water myself! 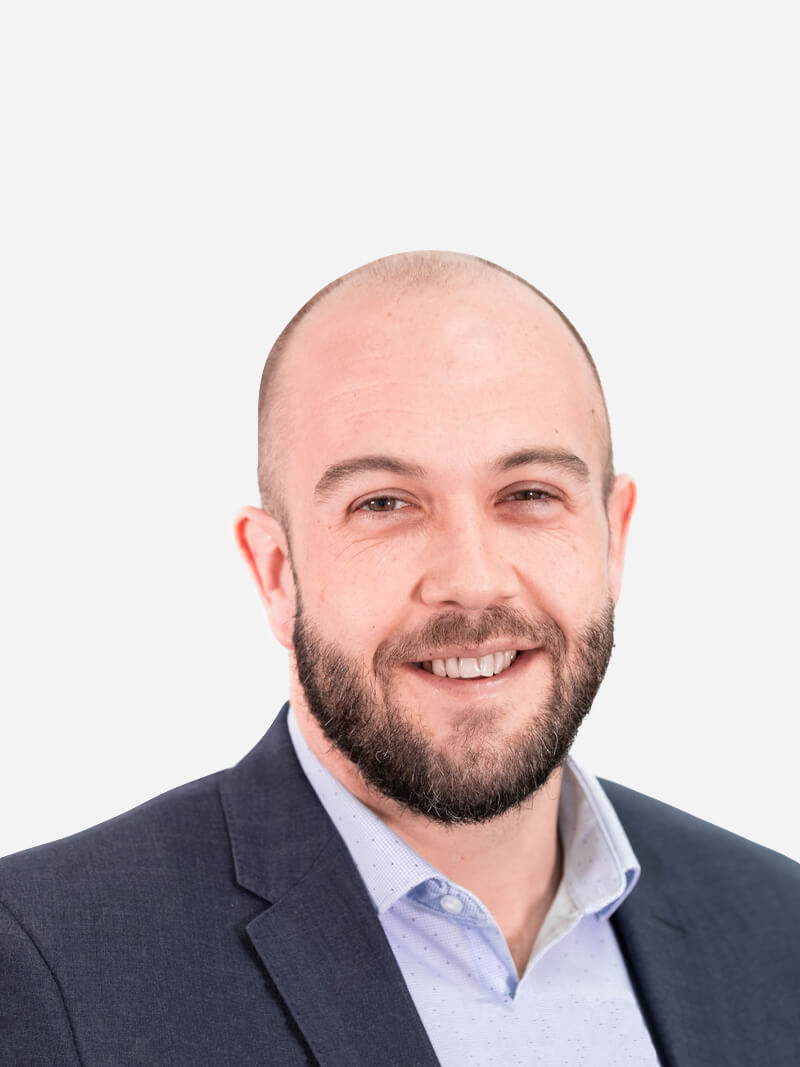 Having joined Millerson in 2006 as a negotiator I have progressed to the position of sales manager in the Hayle branch. In recent times. Hayle is both a popular and thriving seaside town catering for both a strong local and buoyant out of county market. We are blessed to have some beautiful beaches and that appeal seems to continue to grow. We are very busy all year round and my experienced and long standing team caters for all properties in all price ranges with the Millerson reputation growing for providing a service to suit all customers. I was born in Cornwall, grew up in Camborne and attended Pool school before moving to Hayle where I continue to live today. I have a wide variety of interests outside of work, on the sporting front I play football as often as I can and enjoy mountain biking in the warmer months. With the lovely beaches in the area I spend a lot of time walking my dog and enjoy to travel whenever possible. 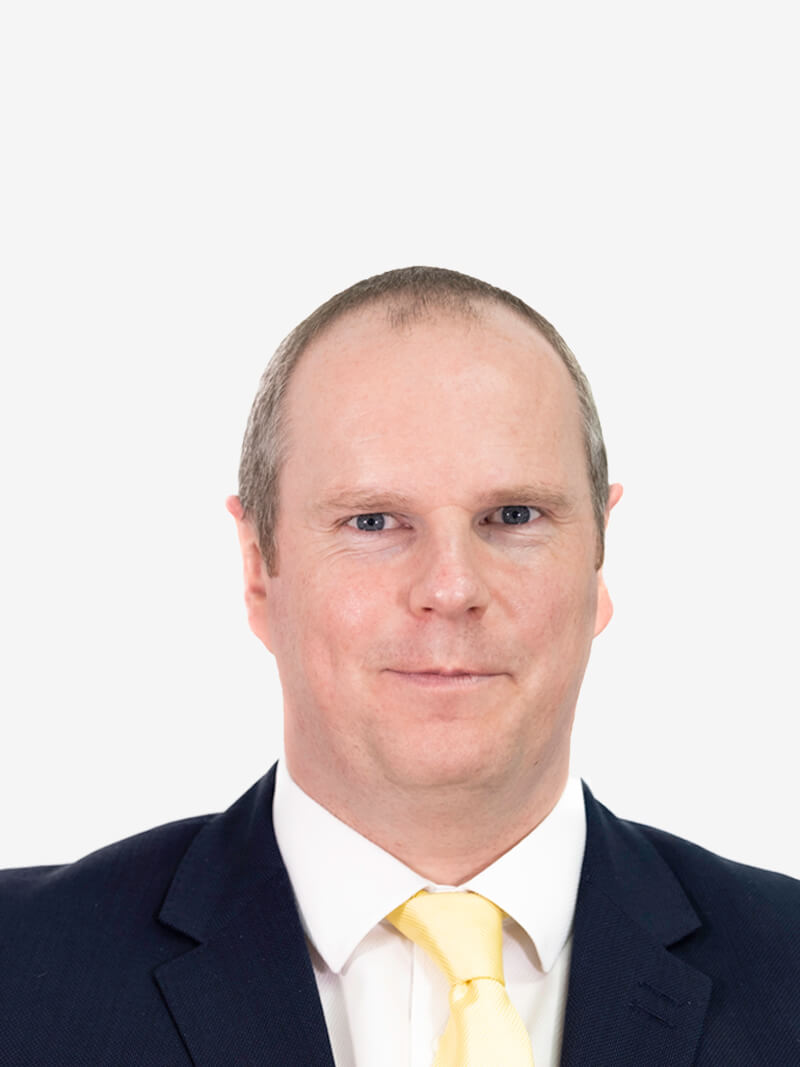 I have worked locally in estate agency for the last twelve years having started as a trainee negotiator and then over the years progressed to my current role. The team in Hayle is very experienced and we all believe that this enhances the Millerson reputation for providing the very best experience for both buyers and sellers alike. Our in depth and extensive knowledge of the area is vital for those buyers moving to the area and this ensures the very best experience and results for our sellers. As very much a local person I grew up in St Ives , was schooled in the area and studied at Cornwall college so I have extensive local knowledge and experience gained over many years in the area. Away from the office I enjoy a wide range of interests. I have a young family and love to go for walks with them. From a sporting perspective I enjoy swimming and all forms of motorsport, in addition I have an interest in local art. 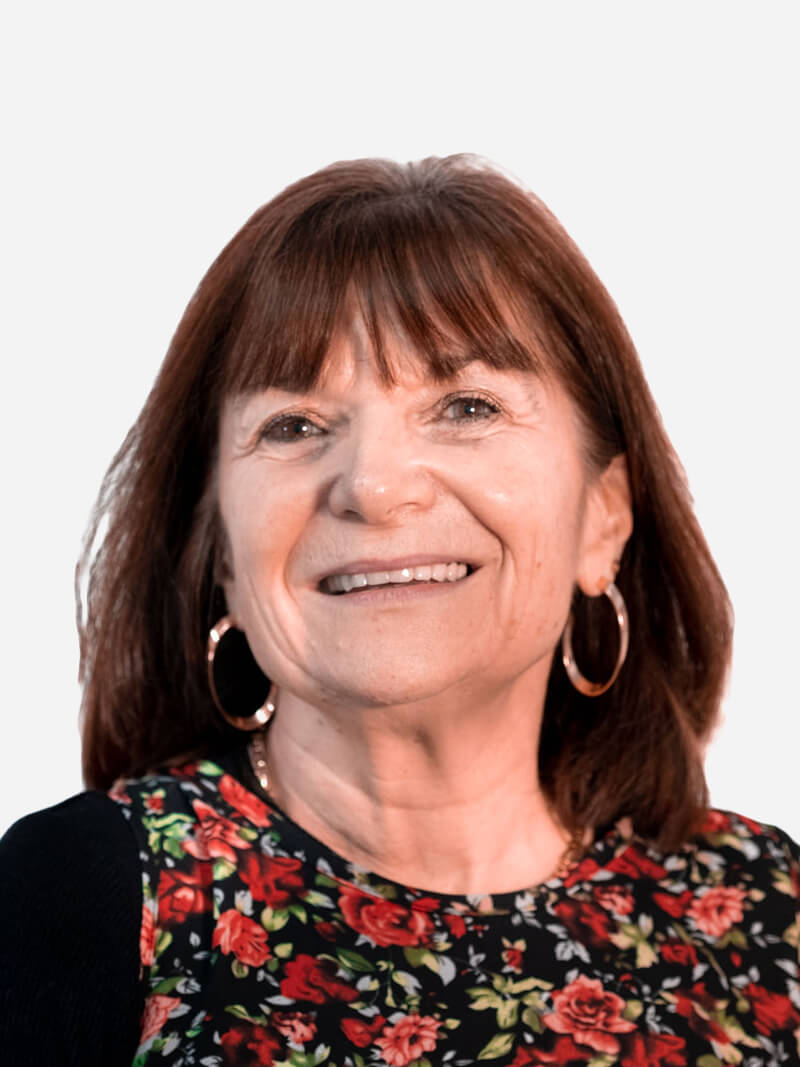 I have been part of the Miller family firm for over fourteen years and have always worked in the Hayle branch. I started my career as an administrator but soon realised that the negotiator role was better suited to my skills and personality as I am a people person who loves to help buyers and sellers realise their moving dreams ! I was born in Hertfordshire and moved to Cornwall over thirty years ago with my husband and children. We settled on a move to Hayle to take advantage of and enjoy the healthy beach life. I particularly love living and working in Hayle and I have an extensive network of friends and customers who I enjoy helping with all their property needs and requirements. In my spare time I have always loved amateur dramatics, salsa dancing and singing. Keeping fit is important to me and I run and cycle when not grandchild sitting and socialising ! 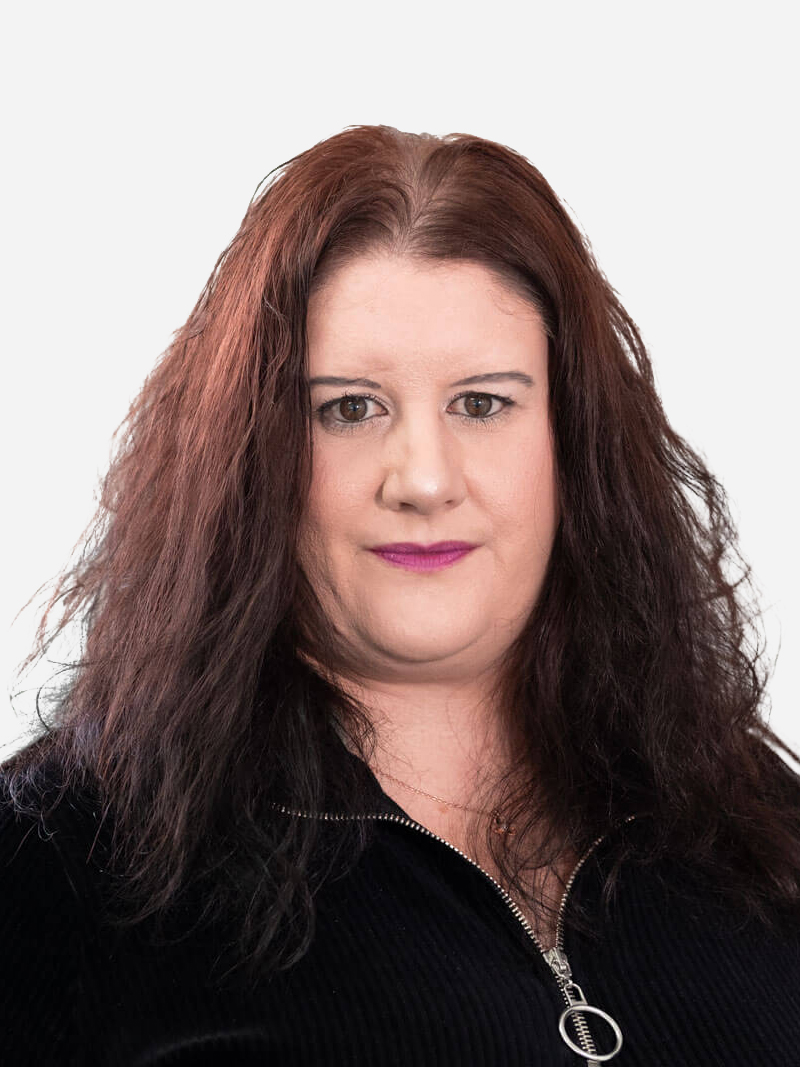 I have always been employed in estate agency and joined the family firm company of Millerson in Penzance around five years ago. Working in a support role as the branch administrator I am proud to be part of this engaging and successful team whose commitment and motivation is a pleasure to be part of. I was born in Cornwall and grew up and was educated in Hayle before moving to Penzance over twenty years when I got married. Aside from my working life I have two children that keep my busy and on my toes and in my spare time I like to go to live music events and festivals. 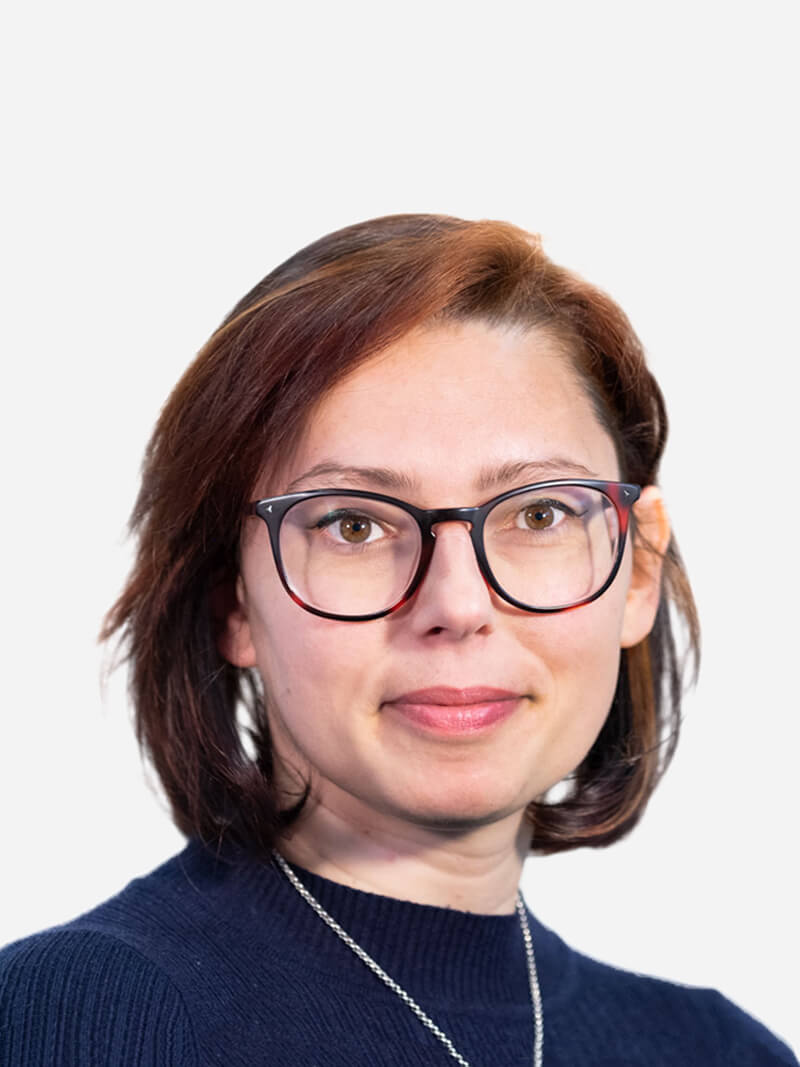 I moved to Dublin in 2006 and was originally employed as a Croupier before moving to Cornwall in 2014 where I worked for an independent family run lettings business in Redruth. In my current role as lettings negotiator at Millerson my passion is to match great tenants with great properties, liaising with our landlords and monitoring compliance. In my spare time I like to read, paint, attend music concerts and I am a keen photographer.

Born and raised in Cornwall, before joining the team at Millerson I had a varied background within Retail Management & Administration. I am new to the industry but have always had a strong passion for all things property. Since buying my first home with my partner in 2020, I have been kept busy with restoration and most of my spare time away from the office is spent working on my home. I look forward to expanding my knowledge in the Property Sector and creating strong relationships with colleagues, landlords & tenants. 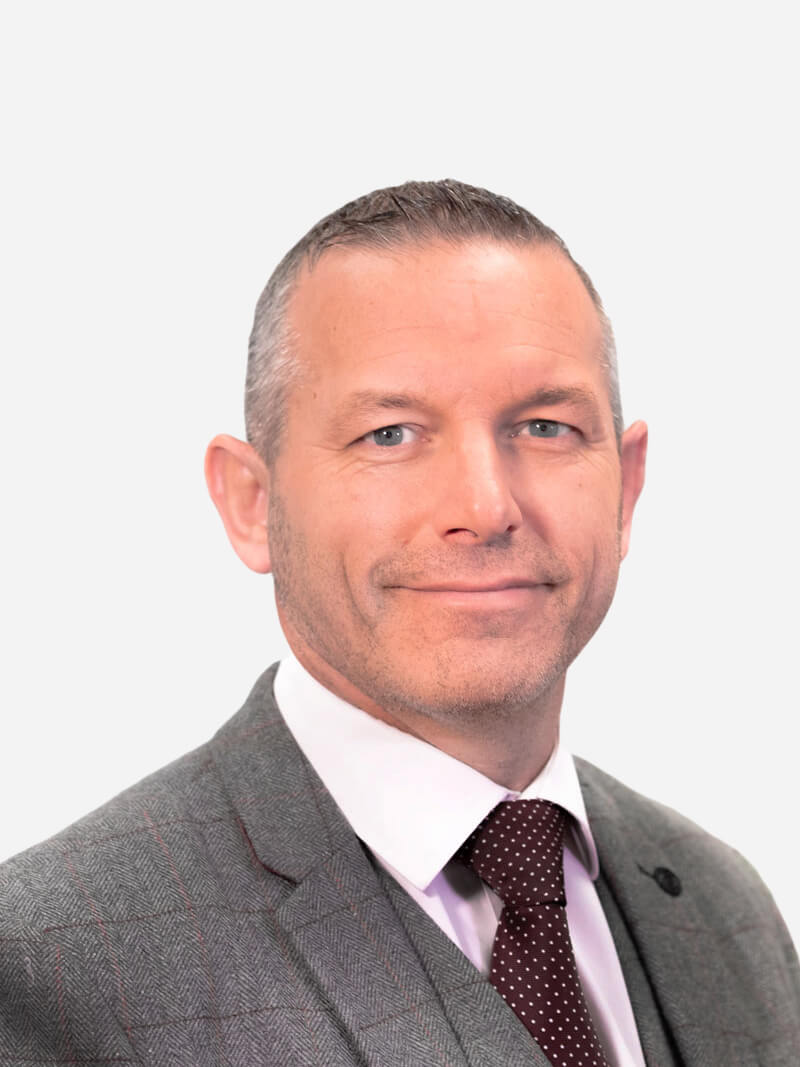 I have enjoyed a varied career starting with sixteen years in the Army, teaching in London as well as working overseas in west Africa. I am very passionate about the property market and enjoy nothing more than exceeding my clients expectations which is crucial to me as part of our market leading team in Camborne. As a local boy born and bred in Helston I love to spend time with my wife Kerie and our two children Chloe and Perran. Away from the office I am a keen sports enthusiast and follow Plymouth Argyle, as part of the green army as well as the Cornish Pirates.

Why move to Penzance?

Penzance is a special place; as you catch your first glimpse of St Michael’s Mount on the approach to the town, you can’t help but grin. Penzance is a picturesque historic port where the climate is mild and so is the way of life. There are lots of sandy beaches, great coastal walks and evocative evidence of the county’s mining heritage. The local villages of St Just and Pendeen are great for twitchers and, of course, this stretch of coast is where the TV series Poldark was filmed.

The town likes a celebration; there is a pagan winter solstice celebration in December, the Mazeyday summer procession and the September Tin Man trail, so there is always something going on. Tropical gardens, festivals and culture abound, ensuring something for everyone.

The town has a good mix of bespoke family-run and high street stores and has a quirky feel. There are booksellers, galleries and newsagents alongside practical stores like supermarkets and mobile phone shops. Out of town there is a B&M, Halfords, Tesco, Lidl, Morrison’s and Sainsbury’s.

There are plenty of eateries in the town; Lavenders is a great deli/café and The Shore is an excellent small, seafood restaurant. There are also lots of pubs, cafés and coffee shops.

A town steeped in nautical history

The most famous pub in Penzance, the Admiral Benbow, was the inspiration for the inn of the same name in Stevenson’s Treasure Island, and the first announcement of Nelson’s death was reputed to have taken place at the Union Hotel. A short, low-tide walk out to sea from nearby Marazion, lies St Michael’s Mount; a tiny island that has been inhabited for thousands of years. In the 12th century the monastic castle was built and, while the island is still occupied, it is now open to visitors and makes a fascinating day out.

Penzance and the surrounding area has some great schools; the Ofsted-rated ‘good’ Humphry Davy and the ‘outstanding’ Mounts Bay Academy are the local secondary schools for children aged up to 16. The ‘outstanding’ Truro and Penwith College offers courses to those over 16, including apprenticeships and post-graduate courses; it is widely respected as one of the best colleges in the country. There are local primary schools including Newlyn Primary and St Hilary School, both of which are Ofsted rated ‘good’, and Ludgvan School which is ‘outstanding’.

Penzance is near the very tip of the county but benefits from being on the A30 which travels the length Cornwall, and the A394 which goes along the south coast to Helston and Falmouth.

The station at Penzance runs regular railway services to Plymouth, Reading and London Paddington via towns in Cornwall and Devon, and cross-country services to Birmingham, Manchester and Glasgow.

Newquay Airport is less than an hour away with routes to UK and Irish airports as well as European destinations.

Get your property valued

Millerson is the leading estate agent in Cornwall, the staff at the Penzance office are passionate about where they live. Please give us a call if you would like to get your property valued, find out the rental value of your home or are interested in moving to the area; our local team is experienced, knowledgeable and ready to help.

A range of types of property on offer

Millerson Sales and Letting Agent is pleased to offer a range of period and contemporary homes in and around Penzance, including houses, bungalows and flats in town, waterfront, village and rural locations to suit most budgets.

If you’d like to know the value of your home, or if you would like to let your property, please use the form below to get in touch with Millerson Estate Agents.

As soon as your dream home comes onto the market, we'll let you know...